Check out all you need to know ahead of Saturday's match between Nottingham Forest and Bristol City in the match preview, in association with Football Index.

Nottingham Forest will be aiming to get up and running for the new season when Bristol City visit The City Ground on Saturday afternoon (kick-off 3pm).

It has been a tough start for The Reds to the 2020-21 campaign and they will be hoping to head into the international break in a positive fashion by picking up their first points of the season.

Bristol City on the other hand arrive on Trentside full of confidence having won their opening three league fixtures, with Forest keen to dampen their early-season form.

Sabri Lamouchi has no new injury concerns for the clash with Bristol City. Click here for the full team news.

Bristol City head coach Dean Holden is looking for his side to keep up their 100 per cent start to the campaign heading into the international break.

“Every game is different but most of the game preparation is on ourselves,” Holden said.

“We have to stick to our system and our way of playing but we might have to tweak it slightly tactically as we saw last week in the second half against Sheffield Wednesday.

“Ultimately it’s about the players finding a way but the message is always the same: ‘keep believing in yourselves, if you make a mistake get on with it, keep encouraging your teammates and if you’re in the team or not you give your best every day’. It’s been a decent-enough start but there’s a big game on the weekend and we want to go into the international break with four wins from four in the league.”

Keith Stroud will be the referee in charge of Saturday's game at The City Ground.

Stroud has taken charge of two games so far this season, with Saturday's game being his 16th officiating Forest.

He oversaw one Reds game last season, the eventful 2-2 draw at West Brom, with Forest winning three and losing seven of his 15 previous games overseeing The Reds.

Nottingham Forest fell to a fourth consecutive defeat in the SkyBet Championship this afternoon at the hands of table toppers Bristol City.

First-half goals from Andreas Weimann and Nakhi Wells were enough to condemn The Reds to consecutive home league defeats on a miserable afternoon at The City Ground.

Sabri Lamouchi made three changes to today's starting lineup as Alex Mighten, Lewis Grabban and debutant Nicholas Ioannou replaced Scott McKenna, Samba Sow and Lyle Taylor, as he looked to kickstart The Reds' season against the high-flying Robins who named ex-Reds Jack Hunt and Jamie Paterson in their starting lineup.

Forest started brightly only a trecherous afternoon Trentside, creating the first chance of the match when fullback Ioannou found the ball at his feet in an advanced position on the left-hand side. His pinpoint cross was met by the unmarked Mighten, whose header was kept out in acrobatic fashion by Daniel Bentley when it seemed destined for the top corner.

However, it was Bristol City who took the lead in the 12th minute when a low ball into the penalty area from Chris Martin was met by Austrian international Andreas Weimann whose late run into the box had slipped under the radar and he was able to tuck the ball past Samba with a neat finish from 12 yards out.

The Robins doubled their lead 10 minutes later, this time Martin was able to find Nakhi Wells in space on the edge of the six-yard box and his powerful half volley was too much for Samba. He could only watch as the ball fired into the roof of the net from close range.

Mighten looked dangerous with the ball at his feet throughout the first half and he managed to draw a foul inside the Bristol City half. Arter's resulting free kick was only cleared as far as Luke Freeman who rifled a thunderous effort into the top corner of Bentley's net from 25 yards out, handing The Reds a precious lifeline before the half-time break.

The Reds looked rejuvenated in the early stages of the second half, with the first opportunity coming just before the hour mark when Freeman's curling cross was met by Grabban, but his diving header was unable to trouble Bentley as it rolled well wide of the post.

The equaliser almost came just after the hour mark, when a rampaging Cyrus Christie let rip from 30 yards. His effort was saved spectacularly by Bentley who pushed the fizzing effort over the crossbar. He was called into action again just seconds later as he turned Jack Colback's close range effort away for a corner.

Substitute striker Lyle Taylor almost opened his goalscoring account for The Reds minutes after being introduced but his effort was kept out by Bentley, who was yet again on hand to make a tremendous save in The Robins net.

Forest continued to test Bristol City's resolve throughout the second half as the rain poured but were unable to make the all-important breakthrough they so desperately needed.

As the official's board went up for stoppage time, The Robins almost put the match beyond doubt with the chance falling for Antoine Semenyo, whose low effort wasn't enough to beat Samba's strong left hand as he turned the ball away from danger.

The final chance of the game fell to Freeman as he smartly moved the ball on to his right foot, but his effort was deflected over the crossbar, ultimately condeming The Reds to a fourth straight league defeat this term. 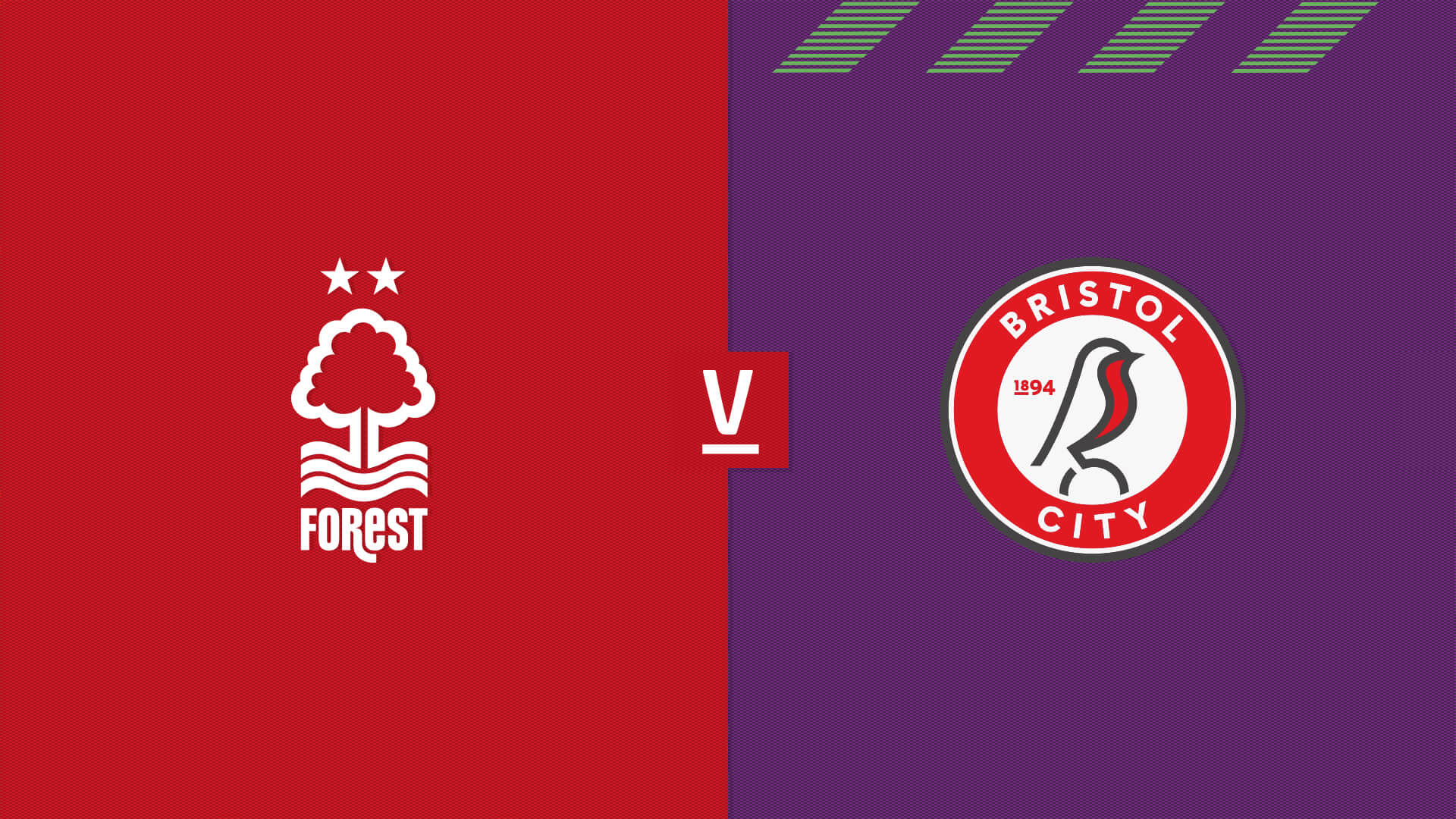 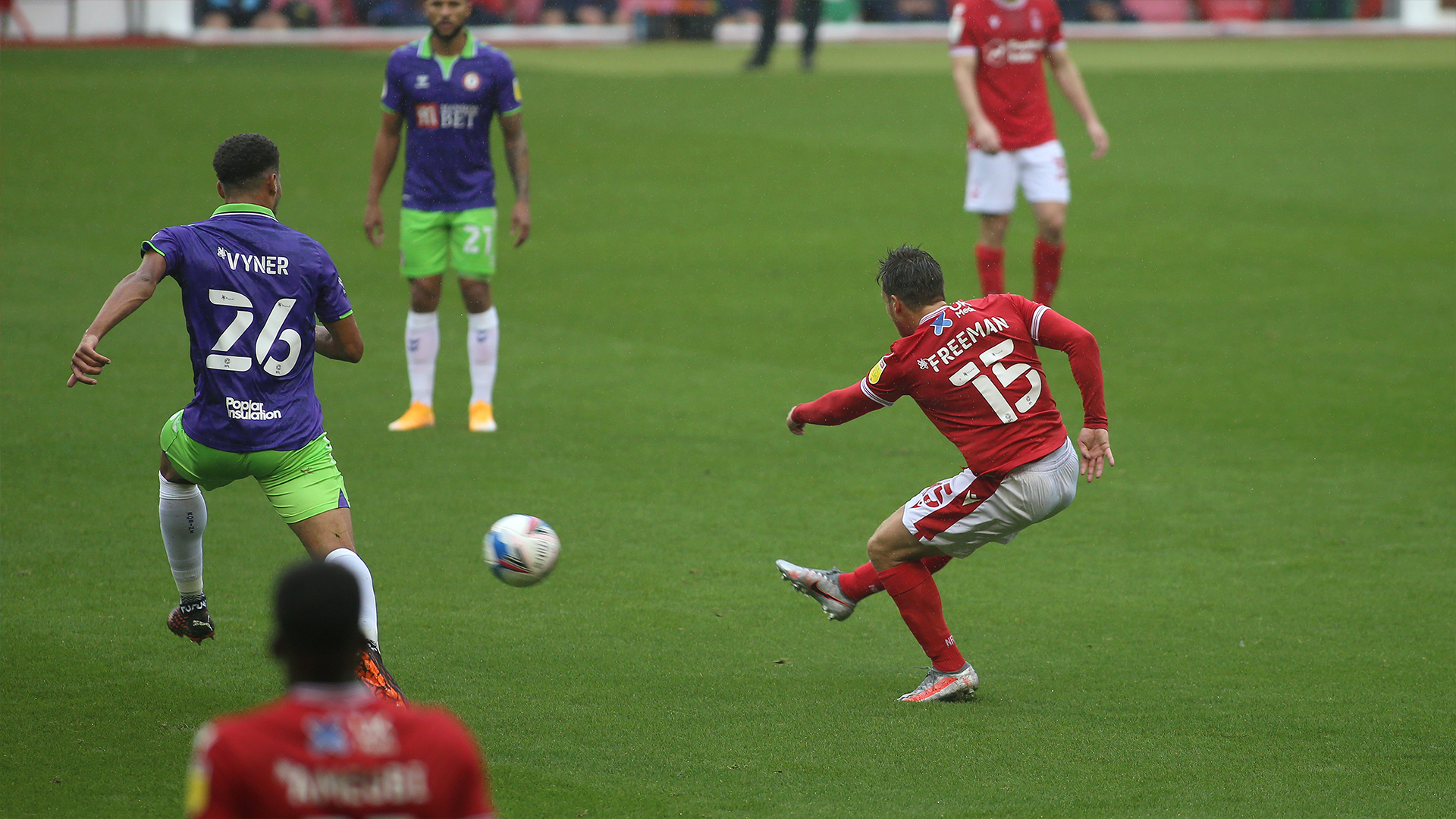 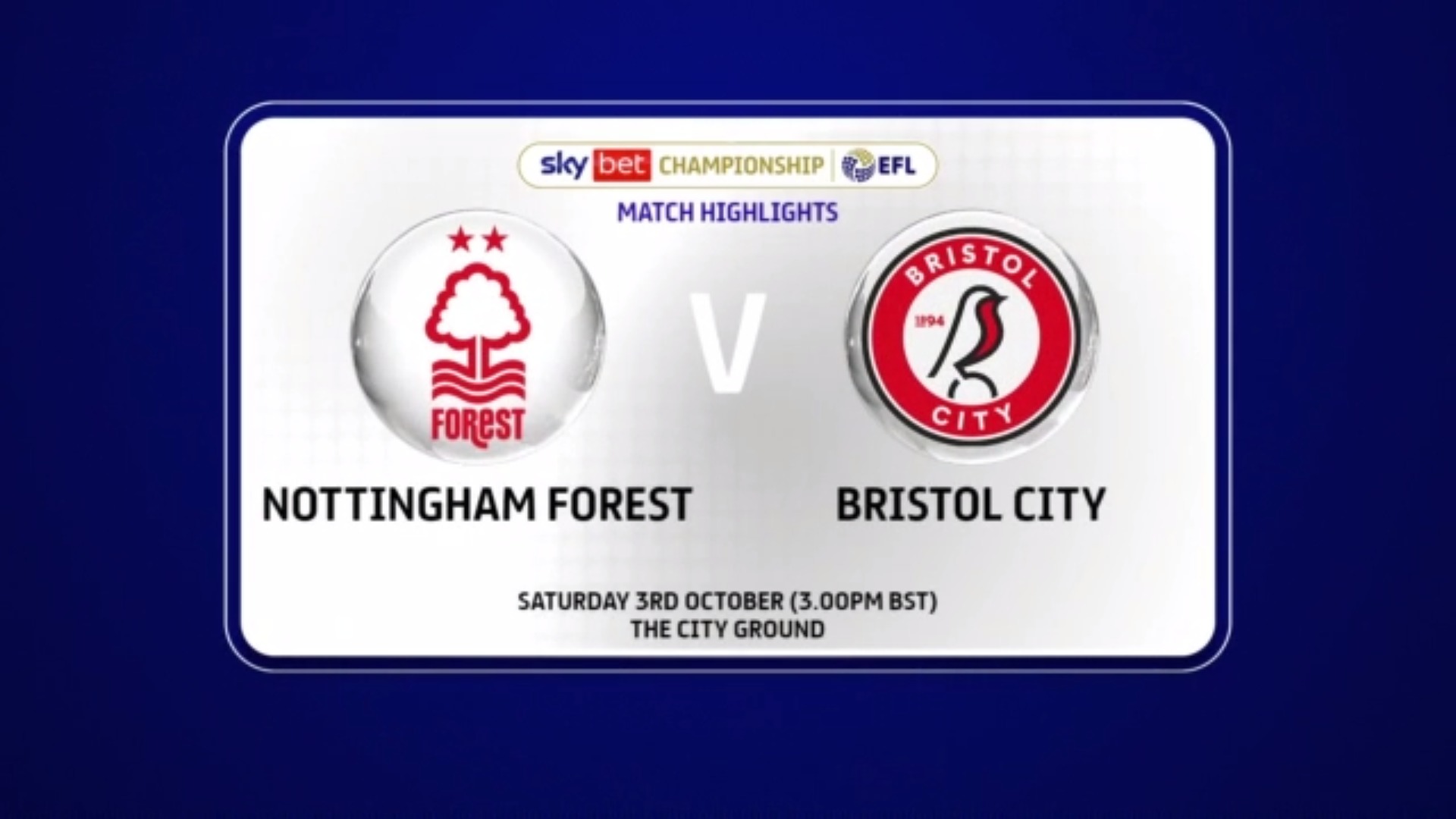