Check out all you need to know ahead of Nottingham Forest's trip to Luton Town in the match preview, in association with Football Index.

Nottingham Forest are back on the road as they travel to Kenilworth Road to face a Luton Town side on Wednesday night who have made a positive start to the season (kick-off 7.45pm).

The Reds picked up two points in their two home games last week, drawing 1-1 with Rotherham and Derby at The City Ground, and will be looking to carry on their unbeaten start under Chris Hughton.

Luton go into the midweek round of fixtures in ninth place, winning four of their opening seven matches, and will be in a bouyant mood after their win away at Sheffield Wednesday on the weekend.

Check out the latest team news for both sides ahead of Wednesday night's game here.

Nathan Jones is pleased with his attacking options as he welcomes James Collins back into the squad for the clash at Kenilworth Road.

He said: “We think we’ve got good strength in our squad, we’ve got good options. We’re maybe not as blessed with the budget of others in the division, but we’ve got a really strong squad and I thought Danny [Hylton] has been wonderful I really do.

“He’s missing a goal at the minute, which is what’s catching everyone's eye. But all round performance at the weekend was outstanding.

“We’re in a good place, we’ve got Harry Cornick as well coming back in, so we’re in a decent place. Sam Nombe has different options, so we've got four strikers there who can really impact.”

Tim Robinson will be the referee in charge of Wednesday's match, his second Forest match of the season so far.

He took charge of the opening game of the season at QPR and has officiated six games in total in the Championship, League One and Carabao Cup, showing 18 yellow cards and two red cards.

Robinson has taken charge of 12 Forest games in his career, of which Forest have won three, drawn three and lost six.

Glen Rea scored at both ends of the pitch as ten-man Nottingham Forest fought back well to earn a 1-1 draw against Luton Town at Kenilworth Road.

Rea had put The Hatters into a first-half lead with a close-range finish and when Nicolas Ioannou was shown a straight red card on the cusp of half-time, it looked as if Forest would have a mountain to climb after the break.

To their credit, The Reds performed strongly in the second half and claimed a deserved share of the spoils when Rea turned a Cyrus Christie cross into his own net while under pressure from Ryan Yates.

Chris Hughton made two changes to the side which drew with Derby County on Friday night as Jack Colback returned to captain the side in place of Harry Arter while Anthony Knockaert made his first start for The Reds, replacing the injured Lewis Grabban.

It was a high-energy and combative start from both sides on a crisp evening at Kenilworth Road and Forest could have been in front on eight minutes had anyone been able to get on the end of Knockaert's curling cross into the penalty area but instead it drifted past the far post.

Knockaert was causing problems for the Luton defence and his superb through-ball found the run of Lyle Taylor but the striker couldn't quite knock the ball round goalkeeper Simon Sluga and the Croatian was able to gather it up and clear the danger.

Despite Forest's attacking endeavours at one end, it was Luton who hit the front midway through the first half. A corner into the Forest penalty area wasn't cleared, Martin Cranie touched it on and Rea was able to fire the ball home from close range into the bottom left-hand corner of the net.

The Reds were down to ten men shortly before the interval courtesy of a dangerous challenge from Ioannou. The defender lost control of the ball just inside the Luton half and as he stretched to regain possession, he caught Cranie on the shin and referee Tim Robinson showed the Cypriot a straight red card.

Hughton switched to a 4-4-1 formation at half-time as he brought on Carl Jenkinson for Sammy Ameobi and Forest began the second half in much brighter fashion despite their numerical disadvantage. Taylor came inches away from stabbing Ryan Yates's cross home at point-blank range but Luton were able to scramble the ball away from danger.

The Reds were much the better side in the early stages of the second half and they deservedly levelled on 64 minutes. Cyrus Christie delivered a terrific ball into the box from the right-hand side and Rea was forced to turn it into his own net under significant pressure from Yates inside the six-yard box.

There were chances for both sides to win it with two minutes of normal time remaining. Firstly, Yates drove a 25-yard effort towards goal which Sluga got down well to save before Luton broke up the other end of the field and substitute Jordan Clark saw his strike well held by Brice Samba.

But ultimately it was a point apiece on a cold night at Kenilworth Road, with The Reds showing plenty of character to take a positive result back to Nottingham. 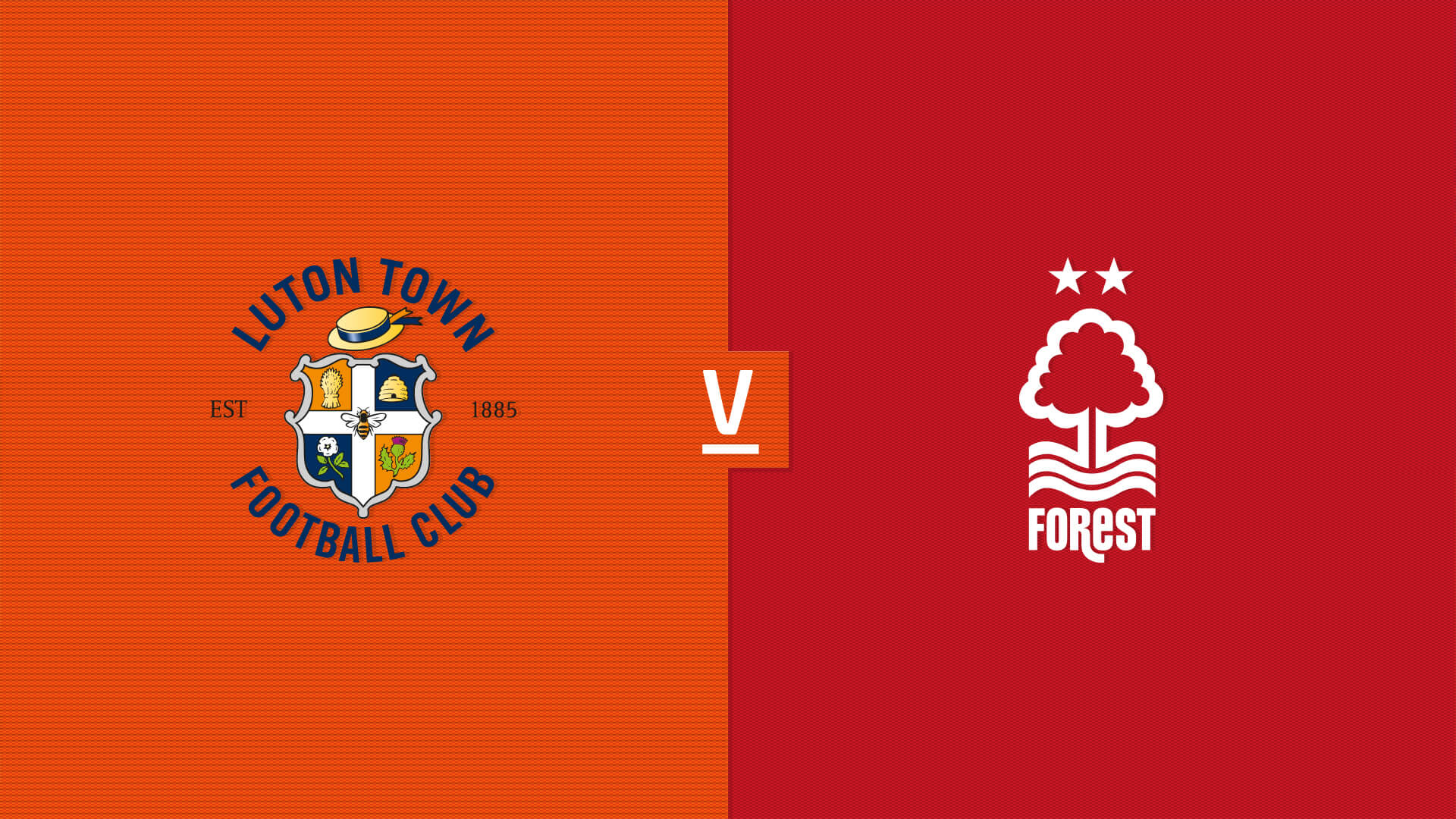 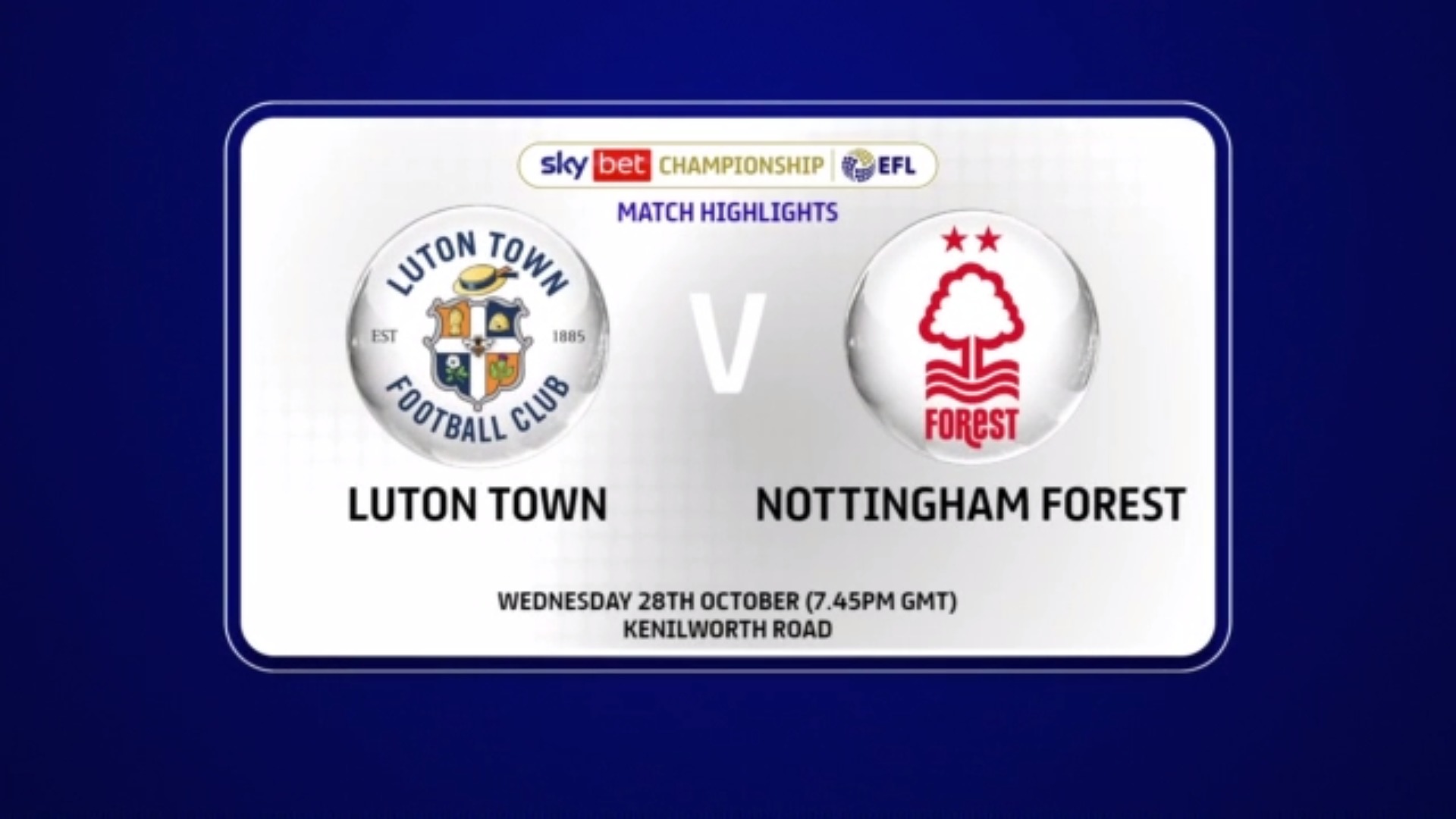