Check out all you need to know ahead of Nottingham Forest's clash against Preston North End in the match preview, in association with Football Index.

Nottingham Forest look to start 2021 with a bang as they travel north to face Preston North End on Saturday (kick-off 3pm).

The Reds ended a difficult 2020 with a four-game unbeaten run and Chris Hughton will be aiming to add some more victories to that streak, starting at Deepdale.

Preston have found some form themselves, picking up three straight wins with three clean sheets to see them climb the league table.

Click here for the latest from the Nottingham Forest dressing room ahead of Saturday's trip to Preston.

Preston manager Alex Neil said despite his side must ignore the fact they have won the last three matches and focus solely on Saturday's game against The Reds.

He said: “The one thing about football is that you can’t ever be satisfied. You can’t look back and think ‘we’ve done well’, it is always about the next win, the next three points and that challenge never ends.

“This game is an important game, because we don’t have a midweek fixture after it, let’s hope we can try and get another good victory at home – where our form has improved, which is good, because it needed to – and try and maintain that consistency."

The four-camera feed will feature audio commentary and costs £10 (£7 for overseas supporters). Alternatively, you can follow the game live via the club's official social media channels and in the Match Centre.

Tim Robinson is the referee in charge of Saturday's game, his third Forest match of the season. Robinson, from West Sussex, officiated the opening day defeat against QPR as well as the away draw against Luton Town in which Nicholas Ioannou was sent off.

The match will be Robinson's 17th of the season, having shown 54 yellow cards and five red cards in his previous 16 games across the Championship, League One and the Carabao Cup.

Robinson will be assisted by Andrew Fox and Wade Smith, with Anthony Backhouse as fourth official.

In a scrappy and hard-fought encounter, Forest had to battle hard to take all three points and earn a first league win at Preston since 2010.

Chris Hughton named an unchanged side from the one which drew 1-1 at Stoke on Tuesday night with the only change coming on the bench where the returning Scott McKenna replaced Loic Mbe Soh.

Forest made a bright start on a bitterly cold afternoon in the North West and they could have been ahead after only seven minutes. Lewis Grabban delivered the ball in from the right-hand side of the penalty area but the unmarked Anthony Knockaert could only hammer the ball over the crossbar from eight yards out.

Goalscoring opportunities had been at a real premium in the first 45 minutes and the half ended with Cafu sending a half-volley just over the target from the edge of the penalty area seconds before referee Tim Robinson blew his whistle.

Brice Samba was called into action in the early stages of the second half to prevent North End from taking the lead. Daniel Johnson skipped past two men inside the box, his cross looped up off Joe Worrall's boot onto the head of Tom Barkhuizen but his effort was superbly pushed around the post by the Forest number one.

Barkhuizen came even closer moments later as he rattled the woodwork from inside the penalty area. The ball found its way through to the former Morecambe man at the far post, he cut inside and curled a strike which bounced off the crossbar and behind for a Forest goal-kick.

A largely uneventful game was beginning to come to life and Ameobi almost found the opening goal with his last action of the afternoon. A left-wing corner was cleared only as far as Ameobi, 20 yards out from goal, and he hammered a rasping drive narrowly over the target before he was replaced by Joe Lolley moments later.

The home side were looking to more likely to break the deadlock and they should have done on 65 minutes but Brad Potts saw a close-range effort well blocked by Yuri Ribeiro before Barkhuizen blazed the follow-up effort well over the crossbar into the Alan Kelly Town End.

For all Preston's second-half pressure, it was Forest who took the lead with 20 minutes to play. A sprawling Darnell Fisher prevented a certain goal from Cafu by blocking the ball with his hands and Grabban stepped up to beat Declan Rudd from the penalty spot and give The Reds a vital advantage.

The woodwork came to Forest's rescue once again with eight minutes to play. Preston defender Ben Davies turned smartly inside the Forest penalty area and fired a shot which cannoned away off Samba's crossbar and The Reds were able to clear the danger and breathe a sigh of relief.

Despite a few nervous moments, including two free-kicks from Paul Gallagher which were kept out well by Samba, Forest were able to cling on to earn a terrific three points and stretch their unbeaten run to five matches. 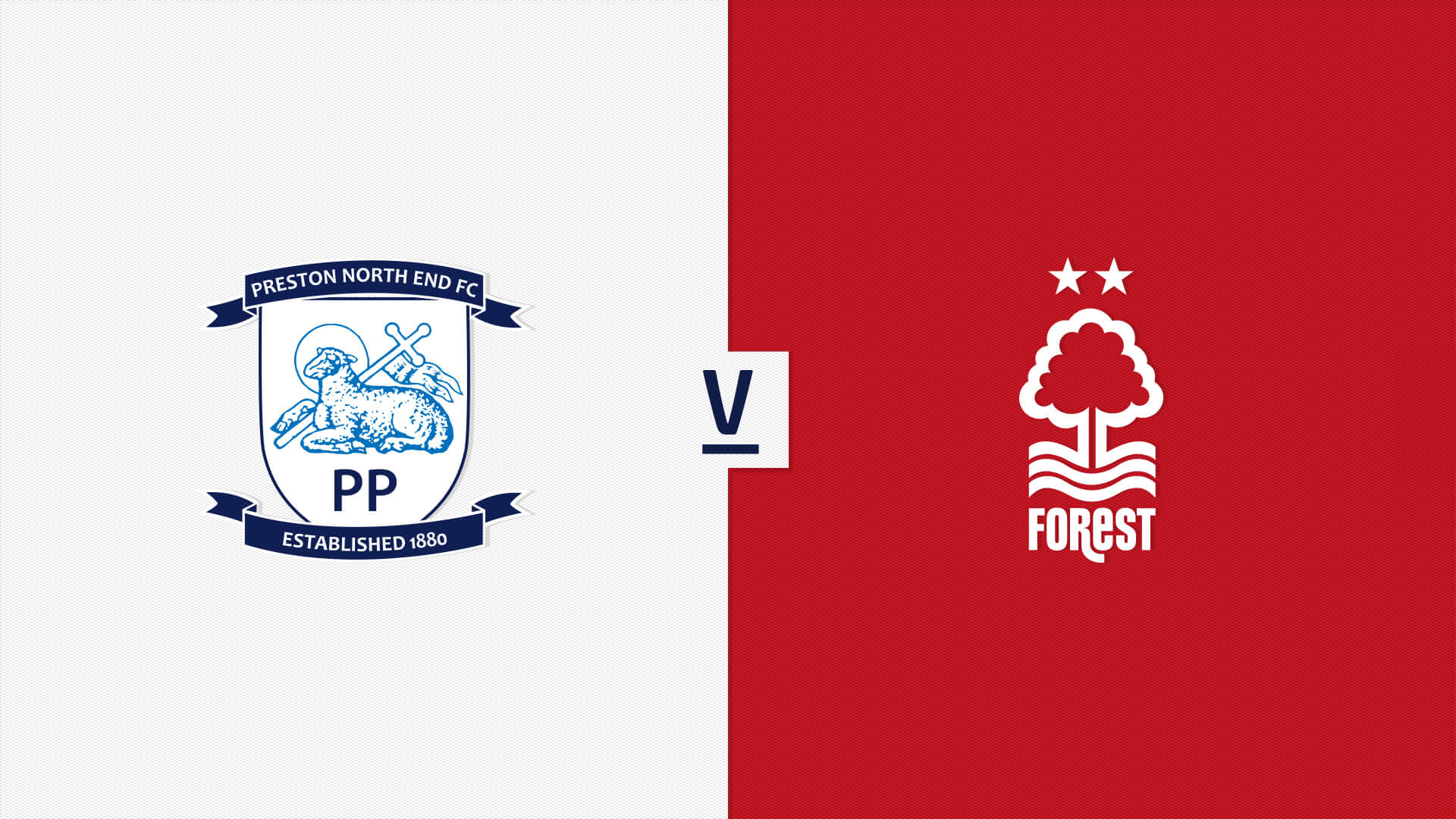 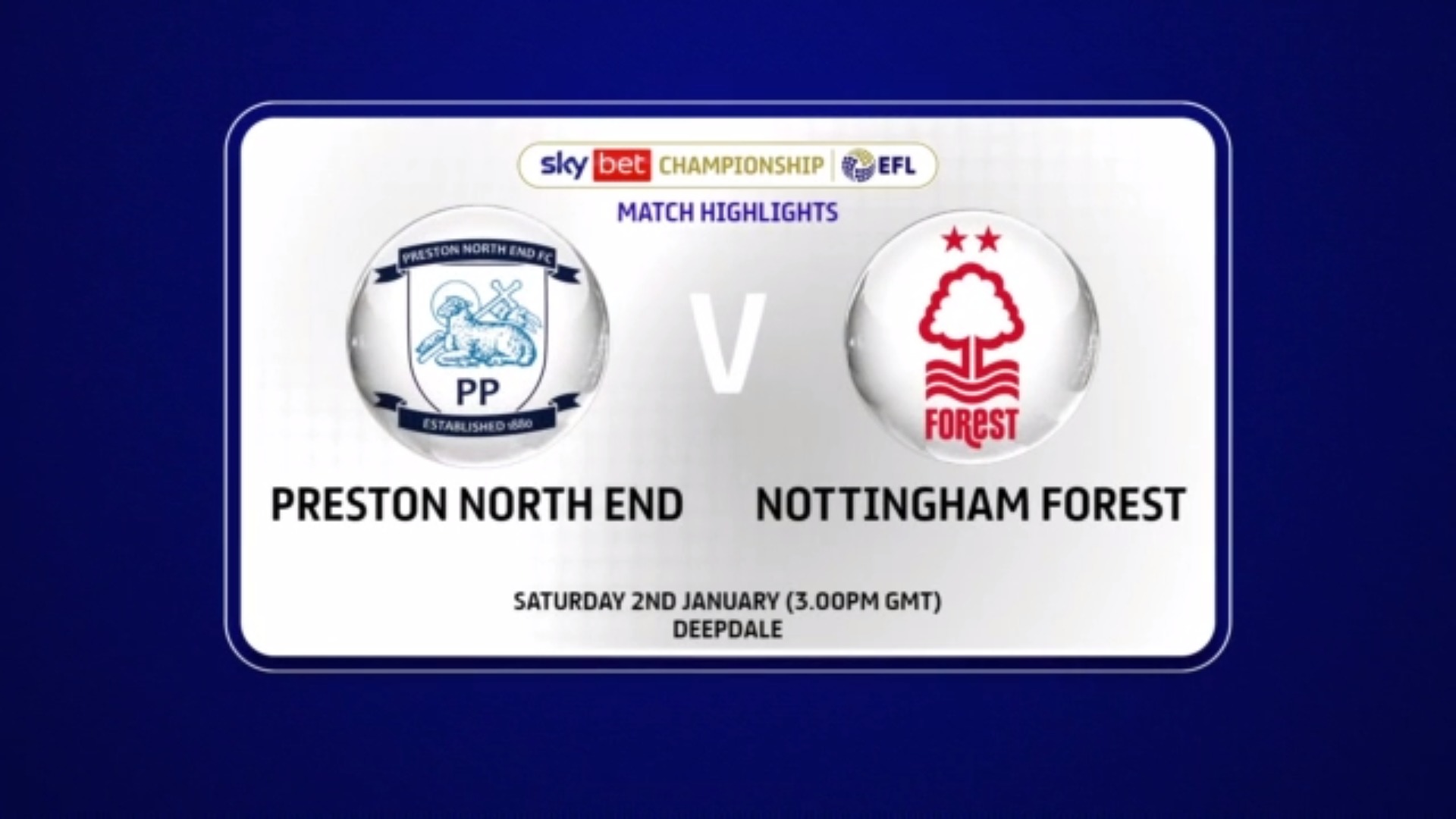 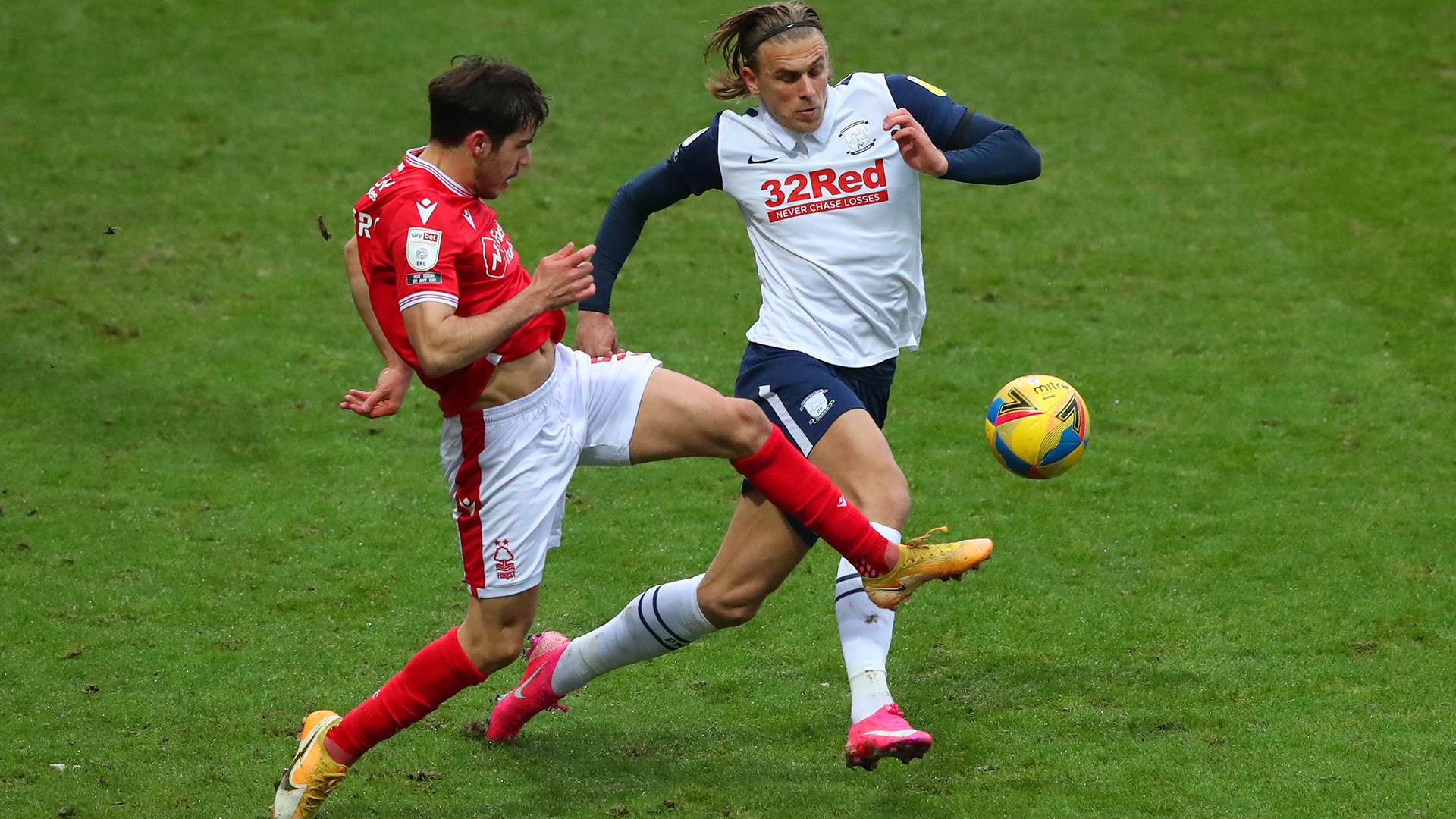