Check out all you need to know ahead of Nottingham Forest's clash against Blackburn Rovers in the match preview, in association with Football Index.

Nottingham Forest return to The City Ground looking to get back to winning ways on Saturday afternoon when Blackburn Rovers are the visitors (kick-off 3pm).

Get your Blackburn half-time draw tickets!

The Reds put in an impressive performance at Swansea in midweek but left empty handed after a cruel late goal, and Chris Hughton's side will be looking to bounce back with a positive result against Rovers.

It has been a tough few weeks for Tony Mowbray's side as defeat at Barnsley on Wednesday made it three straight league defeats as the arrive on Trentside in 12th position.

Click here for the latest from the Nottingham Forest dressing room.

Tony Mowbray is keen to keep working hard to make his side successful as Blackburn visit The City Ground on the weekend.

It is approaching his fourth anniversary in the job at Ewood Park and he admitted he can feel an element of negativity around his team after they suffered their third straight league defeat in midweek.

He said: "I feel the negativity, potentially from [the press], because I understand the expectation that I brought to this football team, not to the club, because this is Blackburn Rovers and I understand Blackburn Rovers historically should be fighting in the Premier League, well, there’s a lot of teams who would say that.

“The team we play tomorrow (Nottingham Forest) have won two European cups, football is football and you are where you are, but you have to go on a journey to try and get your team back.

“I’ve started that journey by making this team a possession-based team in this league and that if we can keep the identity, you’re going to have a chance."

He added: “If you lose, the criticism comes, it’s my job, I’ve done it a long time.

“I have a big steel barrier up in front and you can’t hurt me, not you personally, but that’s how football is, you have to take the good and the bad.

“And when we’re winning and scoring lots of goals, it’s great and when you lose, you have to accept it. And we keep rolling on to the next game.”

Saturday's game is available to watch live on iFollow Forest. The full 90 minutes of action from The City Ground will be shown live, with match passes available to purchase for £10 (£7 for overseas supporters).

Click here for further information and to purchase a match pass.

Season card holders who selected option 1 will have full access to the match, with audio commentary provided by BBC Radio Nottingham.

Make sure you check out this Saturday's edition of Forest Review for the game against Blackburn Rovers, including a feature interview with full back Gaetan Bong.

ou can order your copy from the club's programme partners Ignition Sports Media here, or you can read the edition online for free here.

The referee in charge of Saturday's game is Keith Stroud from Hampshire. Stroud has taken charge of two Forest matches so far this season, both at The City Ground. He oversaw the defeat against Bristol City back in October as well as the home win against Millwall in January.

This season Stroud has shown 63 yellow cards and two red cards in his 24 matches across the Championship, FA Cup, Carabao Cup and League Two.

Stroud will be assisted by Jonathan Hunt and Sam Lewis, with Geoff Eltringham the fourth official.

The youngster's deflected first-half strike made the difference but just as important was Brice Samba's tremendous penalty save to prevent Rovers' top scorer Adam Armstrong from levelling the scores in the second half as Forest held on for a deserved victory which moves them seven points clear of the bottom three.

Chris Hughton made two changes to the side which was beaten at Swansea on Wednesday as Mighten and Glenn Murray replaced Joe Lolley and Lewis Grabban, the latter missing out through injury, while there was a place on the bench for Ryan Yates on his return from injury.

It was Tony Mowbray's men who made a confident start on the ball but Forest were the ones who created the first real goalscoring opportunity. Anthony Knockaert played a one-two with Murray inside the penalty area, danced neatly round a couple of challenges before Ryan Nyambe cleared his effort off the line with goalkeeper Thomas Kaminski beaten.

The Reds hadn't created too many clear-cut chances but they did convert one with 26 minutes of the contest played. Mighten received the ball on the edge of the Rovers penalty area and his deflected strike wrong-footed Kaminski and crashed into the back of the Belgian's net to give Forest an important lead in such a tight game.

Confidence was flowing for Hughton's men at this point and they came close to doubling their lead soon after. Knockaert's cross fell kindly for Murray just outside the Rovers six-yard box on the angle but he dragged his shot across the face of goal, past Kaminski's right-hand post and behind for a goal-kick.

Referee Keith Stroud added on two minutes of stoppage time at the end of the first half and that was time enough for both sides to hit the woodwork. First, James Garner headed a delightful Knockaert cross onto the crossbar and behind while at the other end, Rovers' leading goalscorer Armstrong crashed an outstanding strike off the post with Samba beaten.

Neither side made a particularly brilliant start to the second half but Rovers had the first attempt on 55 minutes. Former Forest striker Ben Brereton laid the ball off to Armstrong just inside the penalty area but Samba got his body behind the low strike to prevent it from sneaking into the corner of the net.

Lyle Taylor had been introduced on the hour mark as a replacement for Murray and he missed a guilt-edged chance to double The Reds' lead with 20 minutes to play. Cyrus Christie's drilled strike was turned onto the post by Kaminski but Taylor couldn't get his feet sorted in time for the rebound and could only prod the ball wide of the target.

Just a minute after Taylor's miss and Blackburn had a golden opportunity to level from the penalty spot. Samba came out to meet Ryan Nyambe inside the box but only succeeded in bringing the defender down and referee Stroud had no hesitation in pointing to the spot. Samba redeemed himself though but flinging himself to his right to keep out Armstrong's penalty and preserve Forest's vital lead.

That was to prove the crucial moment of the contest as Forest saw out the four minutes of second half stoppage time to claim a hugely important three points ahead of trips to Rotherham United and Derby County on Tuesday and Friday respectively. 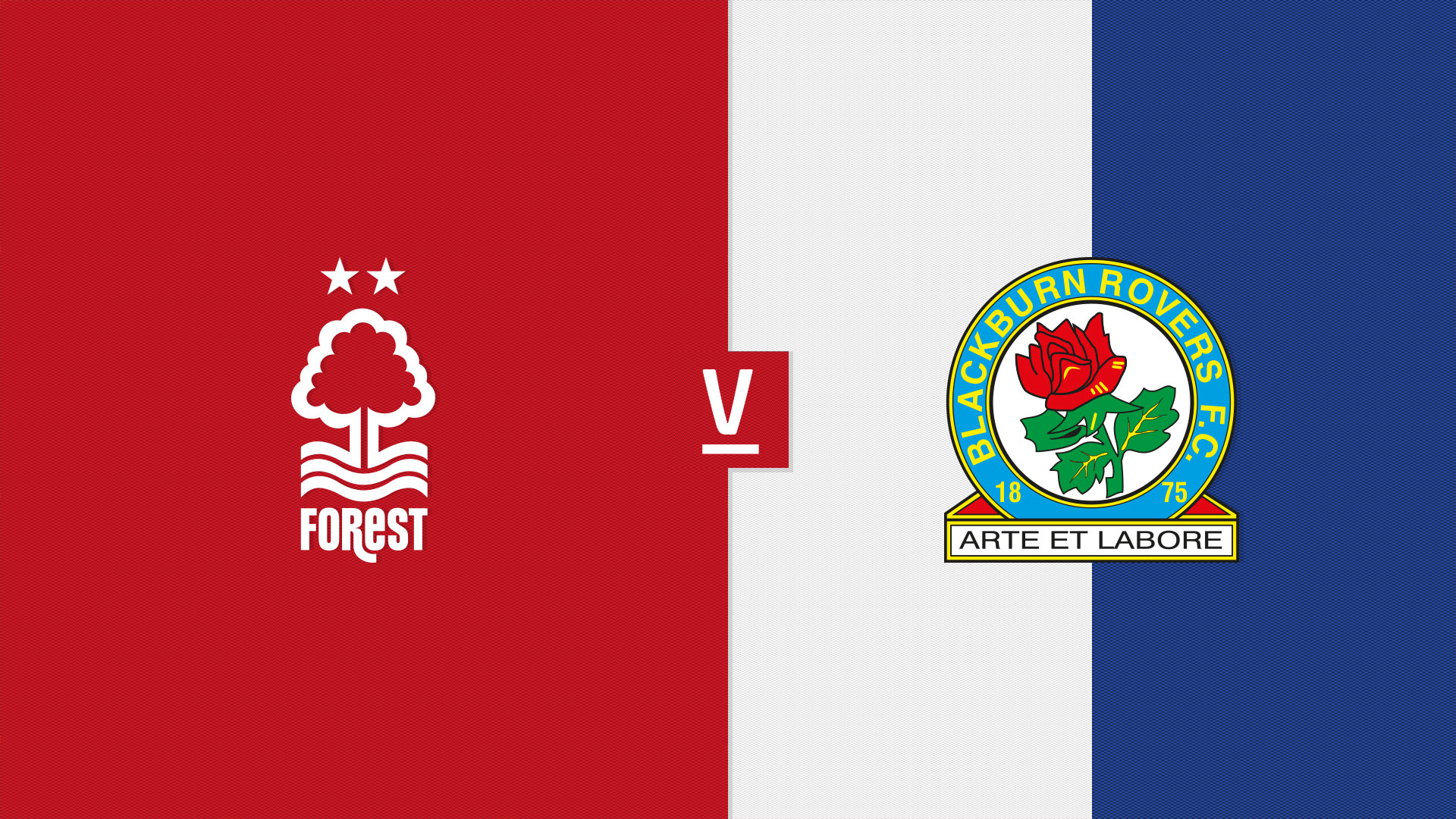 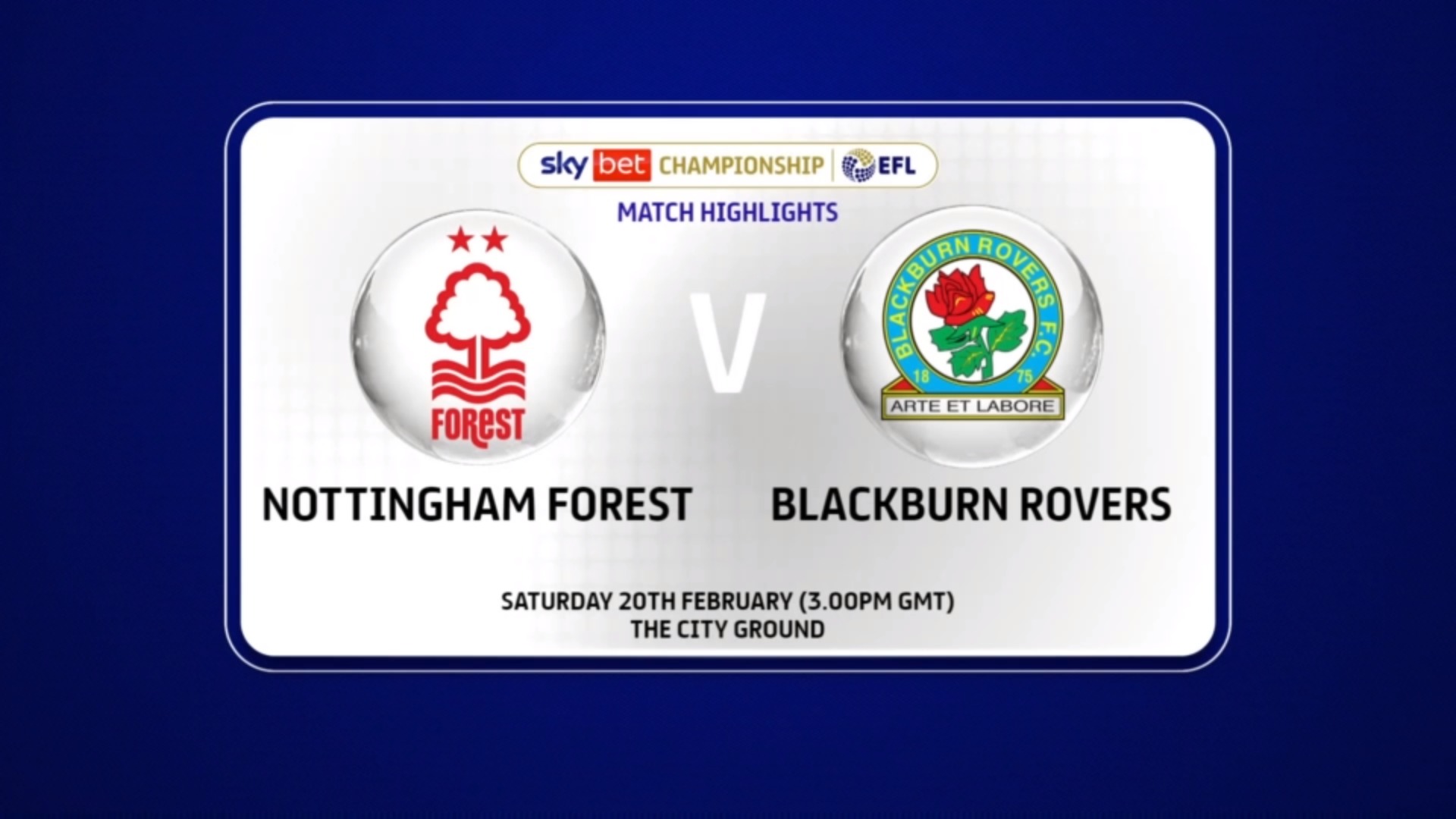 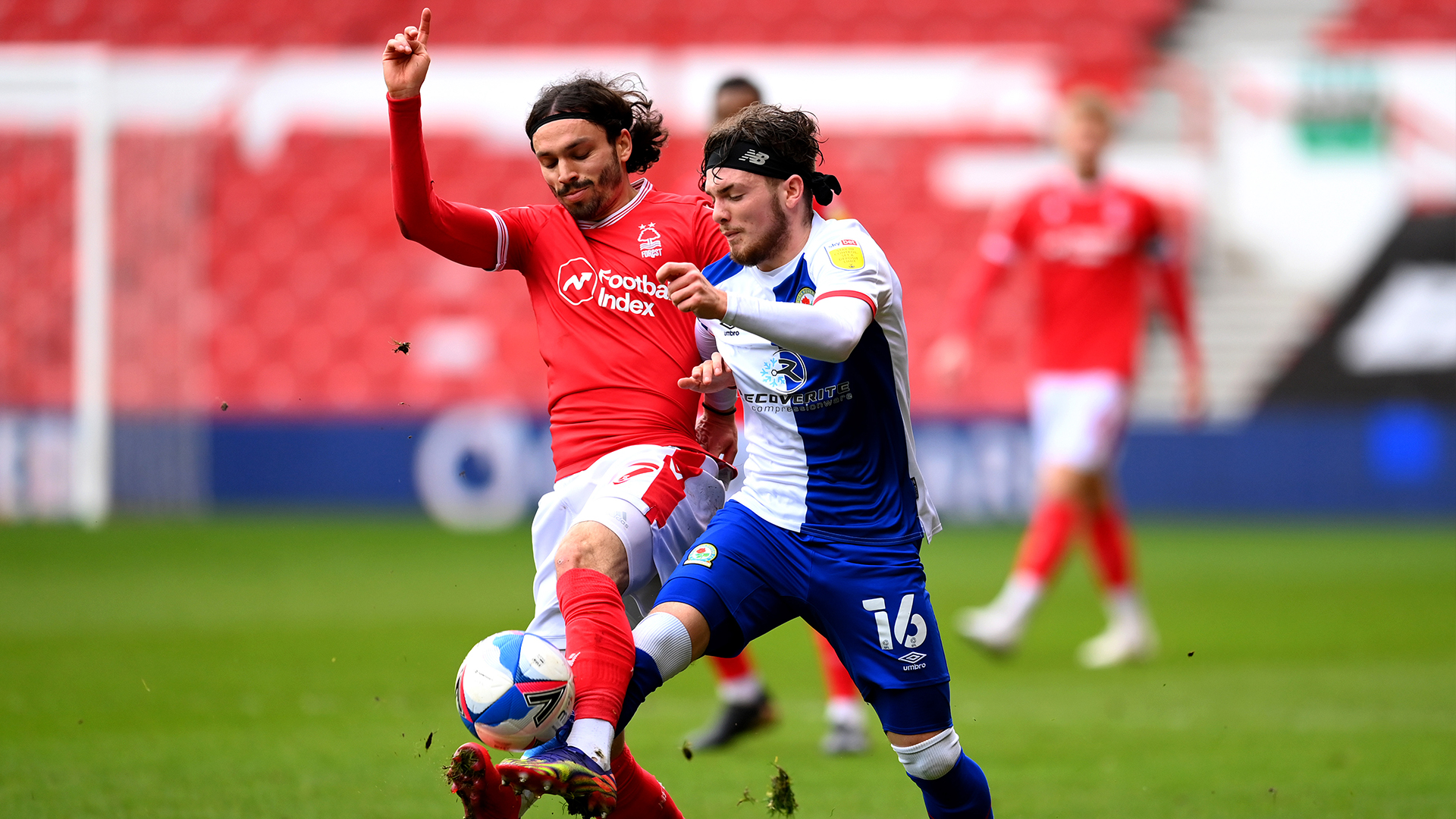